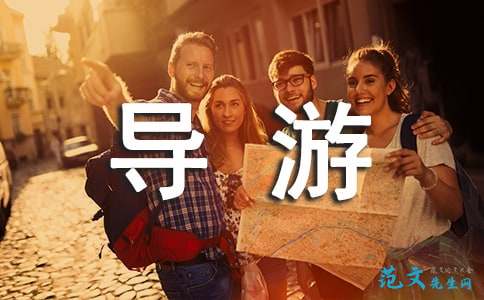 Located at the center of the mainland\'s coastline, Shanghai has long been a major hub of communications, transportation, and international exchange. The municipality covers an area of 6,341 square kilometers and has a population of more than 13.5 million. Shanghai is China\'s largest economic comprehensive industrial base, and a famous historical and cultural city.

The city consistently attracts investment and is seen as an ideal venue for business gatherings. It is also a must on any agenda during a tour of China. Shanghai has fostered a comprehensive transportation network that incorporates land, sea, and air travel, as well as a convenient urban transportation system. More than 300 airlines serve the city, proving direct flights to more than 20 countries and regions. The addition of the Shanghai Pudong International Airport, which went into operation in 1999, is expected to increase the annual passenger volume to some 20 million.

Special tourist trains running between Shanghai and the neighboring provinces of Jiangsu and Zhejiang, as well as tourist bus routes along newly-constructed expressways, offer great convenience for regional travel. Shanghai has more than 400 travel agencies to assist visitors, and the 127 star-rated hotels offer a total of 40, 000 guest rooms.

Visitors to Shanghai are not only dazzled by the modern metropolis and gateway to a developing China, but are also able to immerse themselves in the unique Shanghai culture, a combination of Chinese and Western elements. Colorful festivals and celebrations dot the yearly Shanghai activities calendar, such as the Shanghai Nanhui Peach Blossoms Festival, Shanghai International Tea Culture Festival and Shanghai China International Art Festival.

The well-known Bund is a must for visitors to Shanghai. Fifty-two buildings lining the narrow shoreline of the Huangpu River offer a living exhibition of Gothic, Baroque, Roman, Classic Revival and Renaissance architectural styles, as well as combinations of Chinese and Western styles. They are also a condensation of the recent history of the city. The wide embankment offers ample room for strolling and is used by locals for morning exercises and evening gatherings. In the evening, colorful lights illuminate the area and create a shimmering image deserving of the name Pearl of the Orient.

The Yu Gardens are a classical landscape in the Southern Chinese style with a history of more than 400 years. Pavilions, halls, rockeries and ponds display the finest in landscaping from the Southern style as seen in the Ming and Qing dynasties. More than 40 landscapes were ingeniously separated by latticed walls, winding corridors, and lattice windows.

People\'s Square has become the political and cultural center in Shanghai since 1994, when it was rebuilt. In and around the square are a massive fountain named the Light of Huangpu River, 10,000 square meters of lawns, six groups of relief carvings that depict the history of Shanghai, the New Shanghai Museum, the offices of the municipal government, an underground shopping plaza, the Shanghai Grand Theater and the Shanghai Exhibition Center

The Orient Pearl TV Tower is 468 meters high, the tallest in Asia and third tallest in the world. It faces the Bund across the Huangpu River. When viewed from the Bund, the tower and the Nanpu and Yangpu bridges create a vivid imagery known as \two dragons playing with a pearl.\ The sphere at the top has a diameter of 45 meters and is 263 meters above ground. The observation deck in the sphere offers a sweeping view of the city. The revolving restaurant is set at 267 meters above Pudong New Area. The dance ball, piano bar and 20 karaoke rooms, at 271 meters, are also opened to the public. The penthouse, which sits at 350 meters, has an observation deck, meeting room, (www.fwsir.com)and coffee shop. The tower integrates broadcasting technologies with sightseeing, catering, shopping, amusement, and accommodations. It has become the symbol of the city and a major tourist attraction in Shanghai.

Cruise on the Huangpu River

Cruising on the Huangpu River, visitors can gaze at the mighty skyscrapers, the Monument Tower to the People\'s Heroes, the famous Waibaidu Bridge and Huangpu Park on one bank, and the Orient Pearl TV Tower, International Convertion Center, Jin Mao Building and the newly rising Pudong New Area on the other. The Yangpu and Nanpu bridges span the river. From the river, visitors can also view the ruins of ancient cannon emplacements and fortifications at Wusong and the magnificent view of the Yangtze River as it empties into the sea.

Nanjing Road East, honored as \China\'s No. l Street\, has become an all-weather pedestrian arcade. Shops and restaurants provide products and services with their own characteristics, making it an ideal place that integrates shoppin