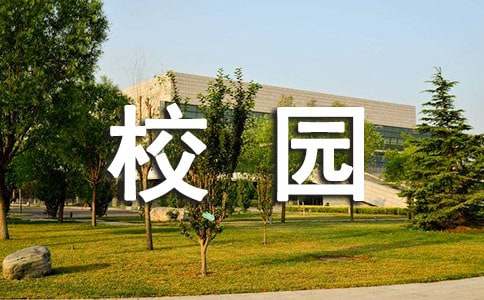 旁白：Long ago and far away, there lived an Emperor. This Emperor was very vain [ven] ( a. 1. 爱虚荣的,自负的,炫耀的 )and could think about nothing but his clothes. He had wardrobes and cupboards full of clothes.

The Emperor spent hours every morning getting dressed. Mid-morning, he invariably changed into something more formal for his short meetings with his officials and advisors. He would change again for lunch, and then again for a rest in the afternoon. He just had to change for dinner and then again for the evening!

News of the Emperor spread to distant kingdoms and finally came to the ears of two very shady characters.

骗子甲：Could we ? Could we fool the Emperor who loves new clothes ? （they asked themselves.）

旁 白：They left their homes and travelled to the Emperors city and applied to meet the Emperor.

骗子甲：We have something very special to show him。

大 臣：Thats what everyone says。.

骗子乙：Ah, but this is magical。We have invented a new cloth by using a very special and secret method.

骗子甲：It is gold,silver and rainbow coloured, all at the same time,

骗子乙：It feels like silk, but is as warm as wool,

骗子甲: It is as light as air, a most wonderful fabric.

皇帝：There is a grand parade in the city in two weeks time, I need a new outfit for it. Can one be ready in time?

骗子甲：Oh yes, your Majesty。But there is a problem. The cloth is very expensive to make.

皇帝：No matter, （挥挥手）Money is no objest. I must have an outfit. Just see the Chamberlain and hell sort it out. Make it here in the palace.

皇帝：Chamberlain, go to the weavers and see how the cloth is processing. The parade is only a week way.

大臣：The Emperor has sent me to check on the progress of the cloth,（ 很奇怪的盯着织布机）

骗子甲：Is it not beautiful? See the lustre, feel the softness!

骗子乙：Oh wise Chamberlain ，Now you can see why it is magical. Only the truly clever and brilliant can see the cloth. Most people would see an empty loom, but a clever man like you will see our wonderful cloth.

大臣：Um,（不知道该说什么）oh,my god !Am I foolish? Am I unquartifited? I would not let others know it! (自言自语)

大臣：Of course,（不想让别人看出来） It really is quite marvellous. Those colours, that shimmer of the gold and silver threads. Marvellous."

骗子甲：Oh, you are so wise.

旁白：The Emperor was very impatient and couldn wait for the Chamberlain to return. After ten minutes of pacing up and down, he went to the weavers room, followed by half of his court.

大臣：Your Majesty, A wise man such as yourself can surely see the colours and sheen of this magical cloth.

皇帝：oh,my god !Am I foolish? Am I unquartifited? I would not let others know it! (自言自语)

Of course I can, Its beautiful. Simply enchanting. When can my outfit be made?

Send for the royal tailors!"

骗子乙：Your Majesty, We would be delighted to make your outfit for you. There is no need to trouble your hard-working tailor. It is such a difficult fabric to cut and sew. We will make the suit.

骗子甲：Is it not beautiful? Of course, only the wise and very clever can see the beauty of the cloth. Look at the colours, feel the weight.（对官员讲）

旁白：They muttered and discussed at the Emperors fittings, stitching here, cutting there until at last the suit was made.The following day was the day of the parade.

皇帝： Am I not the handsomest of men in my marvellour suit?（高兴地对大臣和官员门讲）

Just look at the tiny stitches and the lacework. Truly marvellous.

官员：Undoubtedly, sir，There is no outfit on earth to equal this one.

旁白：The Emperor was dressed in his new suit and ready for the parade. News of his amazing outfit had reached the people of the town and (www.fwsir.com) all wanted to see him. There were people crowded along the sides of the streets.

观众：It’s said that only the truly clever and brilliant can see the cloth. Most people would see an empty loom, but a clever man will see the wonderful cloth.

小孩：What suit? The Emperor has no clothes on at all!

观众：Its true! No clothes! The Emperor is naked!