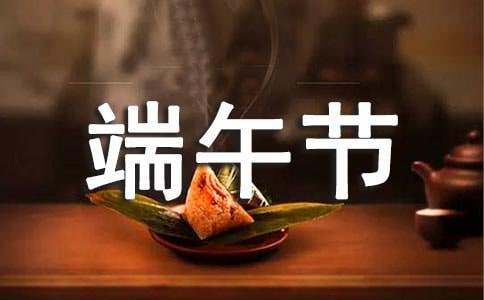 The Dragon Boat Festival, also called Double Fifth Festival, is celebrated on the fifth day of the fifth moon of the lunar calendar. It is one of the most important Chinese festivals, the other two being the Autumn Moon Festival and Chinese New Year.

The origin of this summer festival centers around a scholarly government official named Chu Yuan. He was a good and respected man, but because of the misdeeds of jealous rivals he eventually fell into disfavor in the emperors court.

Unable to regain the respect of the emperor, in his sorrow Chu Yuan threw himself into the Mi Low river. Because of their admiration for Chu Yuan, the local people living adjacent to the Mi Lo River rushed into their boats to search for him while throwing rice into the waters to appease the river dragons.

Although they were unable to find Chu Yuan, their efforts are still commemorated today during the Dragon Boat Festival.

The Dragon Boat Festival ,also called the Duanwu Festival ,is celebrated on the fifth day of the fifth month according to the Chinese calendar. People always eat rice dumplings and watch dragon boat races to celebrate it.

The festival is best known for its dragon-boat races,especially in the southern places where there are many rivers and lakes. Its very popular.

The rice dumpling is made of glutinous rice,meat and so on. You can eat different kinds of rice dumplings. They are very delicious. And Dragon Boat Festival is for Qu Yuan. He is an honest minister who is said to have committed icide by drowning himself in a river.